During this week, from Tuesday September 19, and until Friday September 22, STT team represented by Diogo Silva, Filipe Casal, João Godinho, Jorge Heleno, Nuno Afonso, and Vasco Franco participated in the finals of VolgaCTF’17.

To have access to this final, STT had to compete in the online qualification round (48h) in March, where they ranked 10th overall. The Final was hosted in Samara Russia.

The competition itself ran for 9h on Thursday, being the other days devoted to workshops and seminars. STT had a rough start for the first 2 and a half hours and that was reflected in the final score. Neverthless, the seminars were great, and the competition was a very positive experience.

We thank the organizers for such a magnificent event and our sponsors, Instituto Superior Técnico, Tekever, and Instituto de Telecomunicações for making this possible.

Hope to see you next year! 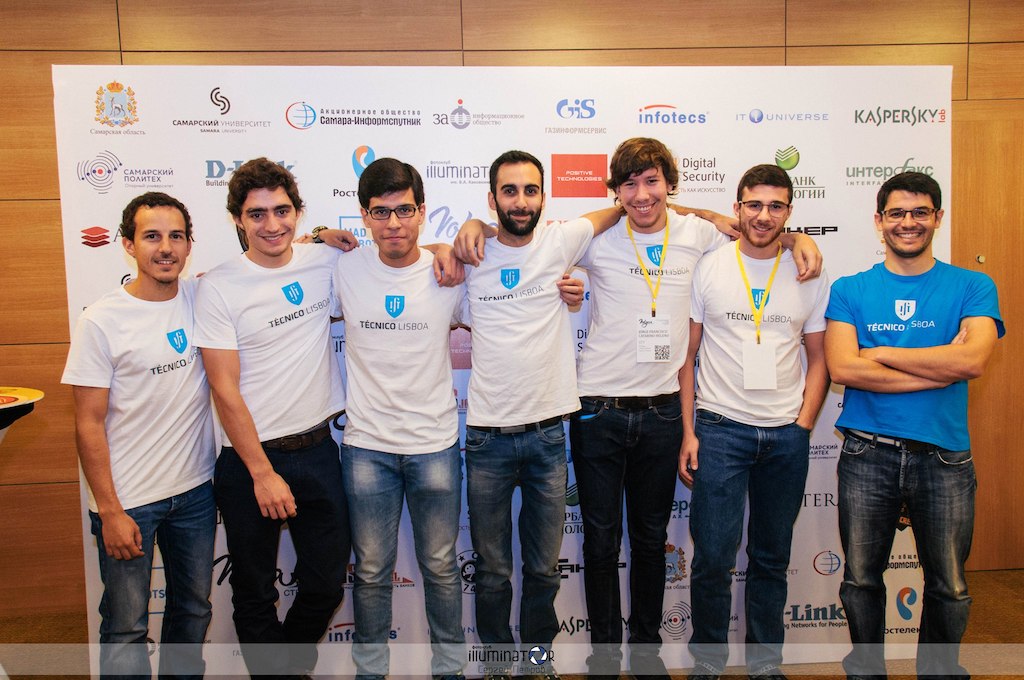